Building an insurer fit for the digital age

This live filmed panel discussion, operating in the style of Question Time™, will give you the chance to have your questions and concerns about digital transformation heard, whether it’s in claims, underwriting or customer experience. You can post them anonymously now and we’ll put them to our expert panel. Looking forward to having your voice heard. 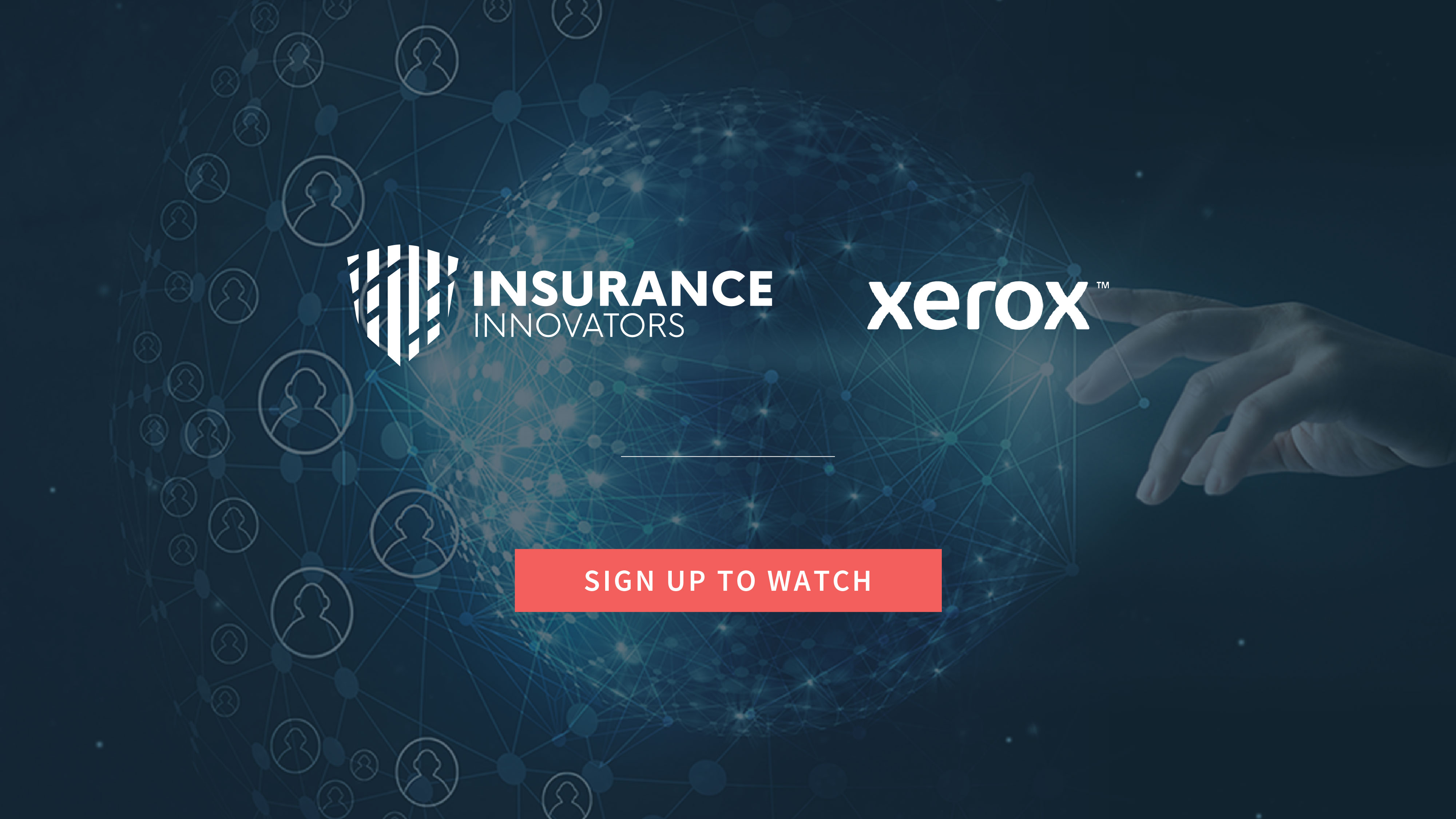 Xerox Corporation  makes every day work better. We are a workplace technology company building and integrating software and hardware for enterprises large and small. As customers seek to manage information across digital and physical platforms, Xerox delivers a seamless, secure and sustainable experience. Whether inventing the copier, Ethernet, the laser printer or more, Xerox has long defined the modern work experience. Learn how that innovation continues at xerox.com.

Dan is Chief Operating Officer of QBE North America. He is responsible for Claims, Technology and Operations for QBE in North America. Dan has 20 years of experience in the insurance and consulting industries. He was responsible for standing up and leading QBE’s NA Claims transformation effort. Prior to joining QBE in 2013, he served at Fireman’s Fund/Allianz in a variety of Claims and other leadership roles. Before joining the Insurance industry, Dan provided strategy, operational, and enterprise transformation consulting to a variety of industries as a management consultant for several firms.

Monika Schulze has a broad range of experience in the FMCG and Insurance industries, having successfully served in senior executive positions for almost 30 years in different countries.

Before she served as a Head of Innovation and Market Management in Germany, she joined headquarters in Switzerland as a Global CMO. Prior to that she run her own business as a strategic consultant. In the last two positions at Unilever she served as Vice President Brand Development Europe and as Business Director Foods with P&L responsibility in Hungary.

Monika‘s strength is inventing new, more powerful and profitable ways to build strong businesses and brands – especially in the context of massive industry transformation and digital disruption. She is an early adopter of digital platforms and projects.

She has been listed by MarTech as one of the “Top Twelve Women CMOs to follow on Twitter” and she was recognized by Forbes as one of the World's Most Influential CMOs. She has also been nominated by AdAge as "Woman to Watch Europe" based on notable accomplishments.

Jeremy has worked in insurance for over 25 years – holding various roles across underwriting, sales, innovation and claims. Starting as an underwriter at Commercial Union, Jeremy progressed through a variety of underwriting and account management roles before taking over running the Aviva sales and underwriting team in Maidstone in 2003.

He moved across to Allianz in 2006 to run both the local Sales and underwriting and Small business team before taking his first head office role in Innovation and Strategy in 2009. He did this for 3 years before joining claims as the Claims operations manager for Allianz – running 5 sites including their offshore site in Trivandrum in India. After 8 years in this role and nearly 15 years at Allianz, he has recently joined Ecclesiastical as their Claims Director.

Jeremy is also heavily involved at the CII – having sat on the Claims Faculty for 6 years before taking on the Chair in 2017. In 2019, as the faculty moved into the Society of Claims Professionals, he became its first Non-Executive Director.

Jeremy is passionate about strong customer service and employee advocacy, looking to use technological enhancements to improve both!

Chrishas been with Xerox for 14 years, initially in Service Operations and subsequentlyin Client Management, delivering transformational solutions to one of Xerox strategicclients.

Chrishas been in his current role for three years and is instrumental inestablishing Xerox portfolio of service offerings for the financial servicesand insurance sectors, personally leading engagements with retail banking,insurance carrier and broker clients.